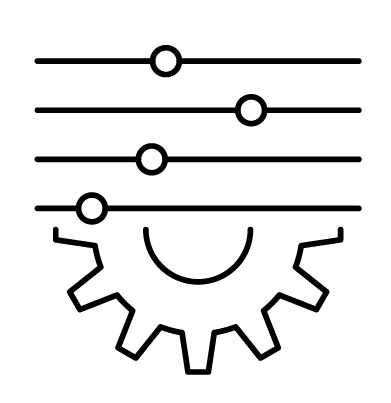 Rotating shafts are supported by fluid films, often oils, in journal or sleeve bearings. Both ball and roller bearings support shafts in the same way mechanically.

In order to resist radial and axial loads, both bearings are utilized. The two types will be briefly discussed in this article, followed by a few instances where one form might be preferred.

The basic components of a ball or roller bearing are inner and outer raceways, a number of spherical, cylindrical, tapered, or semi-cylindrical components spaced apart by a carrier, and frequently shields and/or seals intended to keep oil and debris out and out.

When installed, the outer race is frequently kept in a housing while the inner race is lightly forced onto a shaft. Pure radial loads, pure axial (push) loads, and combination radial and axial loads can all be handled by certain designs.

Point contact is the term used to describe how each ball interacts with the race in a theoretically small region known as a point in ball bearings. Roller bearings are more capable and more shock-resistant since they have line contact rather than point contact.

The lifespan of rolling-element bearings are finite. They eventually fail down due to wear, spalling, or a number of other factors. They are constructed with the expectation that a specific number will fail after a predetermined number of revolutions, according to statistics.

This outlines the bearing’s useful life. Bearing life is significantly influenced by shaft and bearing alignment. Self-aligning bearings are employed because they have a higher misalignment capacity.

The bearing carrier is removed to increase radial load capacity, and as many balls or rollers as will fit are placed in the gap between the races—this is known as a full complement bearing.

Due to rubbing between adjacent rolling parts, these bearings have higher wear and friction rates than those utilizing carriers. Machine tool spindles, for example, are essential applications where shaft runout is a concern. In these cases, bearings may be preloaded to fill in any gaps in the bearing assembly’s already tight tolerance.

The pressure wedge of fluid that forms between the rotating shaft and the bearing is used by journal or sleeve bearings. The journal, which is the part of the shaft that the bearing supports, is typically hardened to increase wear resistance.

A softer substance, such as bronze, copper-lead, sintered powdered metal, carbon, PTFE, etc., is typically used for bearing pad construction. A region of high pressure develops in the oil film that supports the shaft journal as the shaft rotates in the bearing clearance and has a tendency to try to climb up the bearing wall. Journal bearings are particularly resilient to overloads and shock loads because the region of high pressure changes along with the load on the shaft.

Since there is no wear, a journal bearing with this full hydrodynamic lubrication might operate indefinitely. However, since there isn’t a protective oil film when the shaft is at rest, wear happens during startup.

Thus, soft materials—especially those with low frictional coefficients—are favored for bearing liners. In some configurations, the bearing is pressurized by an additional pump until the shaft can start creating the hydrodynamic wedge. The misalignment between the bearing and shaft has an impact on journal bearings because it tends to prevent the fluid film from forming.